Thank you Phil from the Knee Guru Forum for inspiring the title of this page. I couldn’t think of a clever title. I figured I’d create a page dedicated to all the people who ruptured their quad tendons and also how they did it. If you would like me to feature your story, send me a message and I will add your info below.

So here they are in no particular order:

I actually heard the news about Bill Clinton’s accident from my doctor when I ruptured my first quad tendon the first time. As the story goes Clinton was at the home of golfer Greg Norman in March 1997. It was there that Clinton caught his heel on a step and tore 50% of his right quadriceps tendon.  He heard very loud pop. He underwent a two-hour operation under regional anesthesia to repair the tendon, followed by weeks with a knee brace and crutches.

Had the operation required general anesthesia, Clinton had planned to transfer Presidential authority to Vice President Gore under terms of the 25th Amendment. What I find crazy is that Clinton was awake during the entire operation and was alert most of the time.

Having followed Bill since the early days of Muscle Media magazine and prior, I was stunned when I read that he had succumbed to the dreaded bilateral quad tendon rupture. I received word via his Facebook page. I did some more research and found the video that is listed below. Bill injured his quads as many people have done and that is by simply walking down a flight of stairs.

Great motivational video on his account of his bilateral quadriceps tendon rupture and his recovery. Hi story about his accident starts at 7:48

The video below gives all the detail on how wrestling superstar Triple H tore his left quad tendon while in a wrestling match. 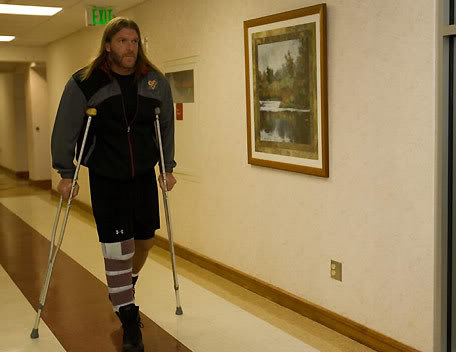 Top rated professional bodybuilder Branch Warren ruptured his right quadriceps tendon while walking in a wet parking lot where he slipped and fell. Follow this link to hear Branch talk about his injury. 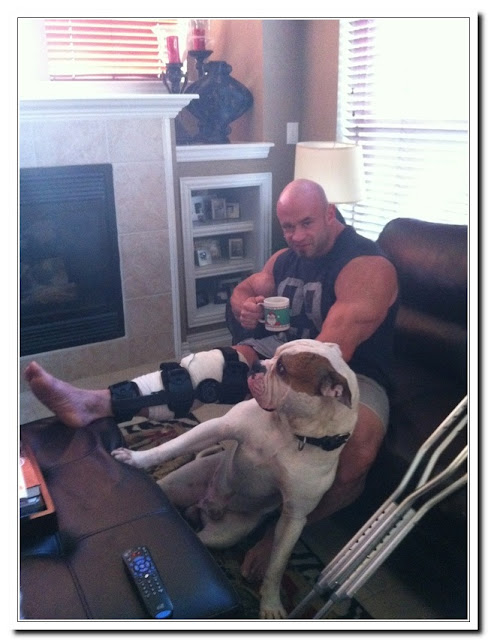 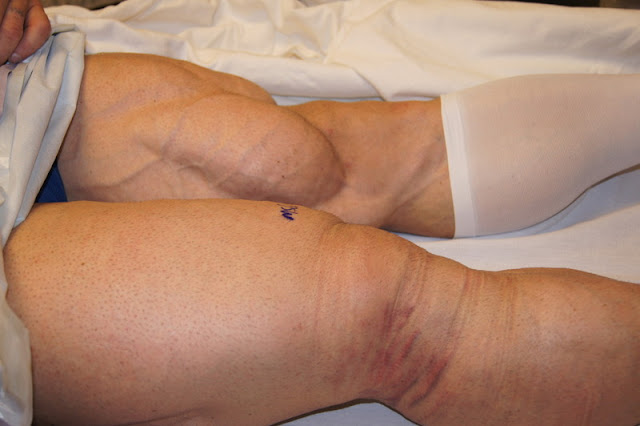 All was right with the world of Jean-Pierre Fux. At 280 hard pounds, he was in his best shape in years and relishing the prospect of qualifying for the Mr. Olympia at the Night Of Champions 16 days hence. At 11:23 on Thursday, May 2 2002, Jean-Pierre’s dreams lay in ruins as he lay prostrate on the floor at Gold’s Gym, Fullerton, California, immobilized.

In the midst of doing 675-pound squats at a FLEX photo shoot with Chris Lund, he had suddenly collapsed and crashed to the gym floor. Here is the link to the accident (warning pictures are graphic). 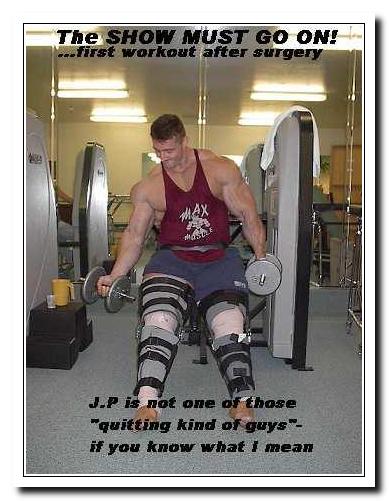 Also known to me as the Quad-Father since he was the only person I could find online at the time when I incurred my first quad injury. Jame suffered the dreaded bilateral quadriceps tendon tear while walking down a flight of stairs while overseas when the injury occurred which made getting an initial assessment that much harder.
When reading about his accident I kept thinking how awful and extremely difficult it must have been to have to deal with both quad tendons torn and now I’m going through the very same thing. 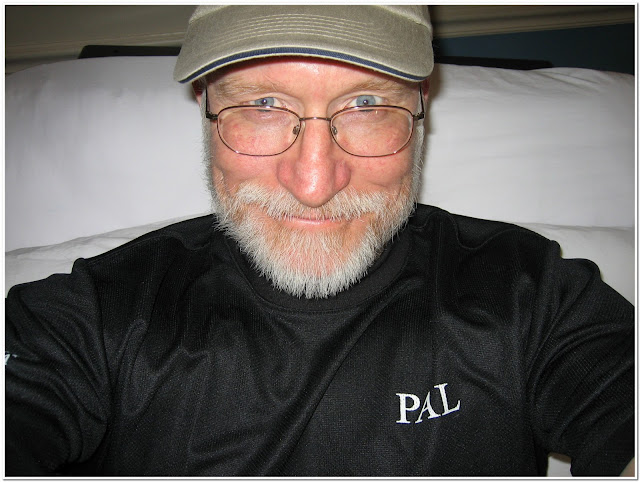 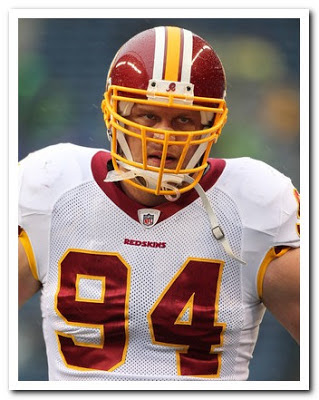 Mark from the UK recently suffered the dreaded Bi-Lateral Quadriceps Tendon tear so I can relate well with his story. His accident happened on April Fools Day of this year. Having misplaced his footing (all to common event for this injury) while doing his routine job. Read all about his accident and recovery on his blog. 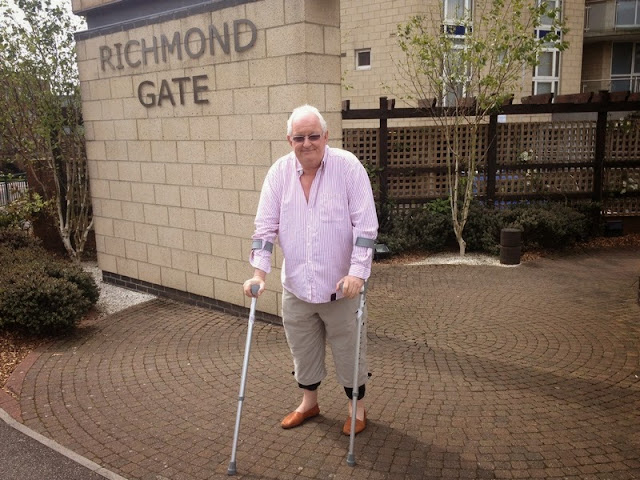 IFFB Pro League athlete and one of the biggest bodybuilders I have ever seen, has a video series titled ‘Road to Recovery’ on YouTube. On June 8th 2010, Zack sustained a major injury while hack squatting 700 lbs. He underwent surgery to repair both detached tendons. He documents his rehab and progress with over 100 blog videos.

Update – Unfortunately the blog videos that were on YouTube are no longer there. 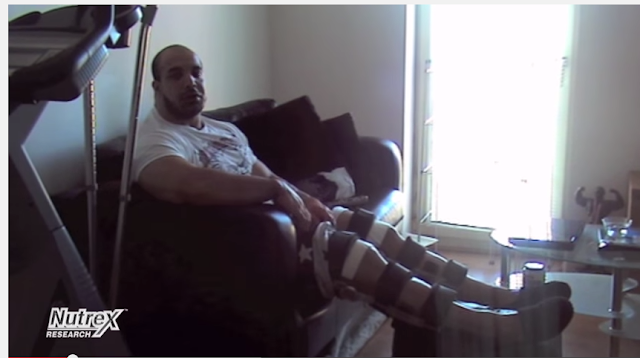 Dave speaks about his injury in India. The video is taken at the New Dehli Hospital after falling. “Earlier this evening Dave Palumbo tore a ligament(s) and possible his quad muscle. The damage so extensive that he needs to go home immediately for surgery. We just got back from the hospital where the knee was drained.”

This is the first account I have heard about with a quad tendon rupture involving a woman. I realized that there are many women who have suffered this injury I just haven’t been able to find any stories or videos online until now. Thank you for sharing your videos so that others can benefit.

My latest fellow quadder named Mike, emailed me and shared with me his story: “I tore both my quad tendons missing a step at my house. I was 8 days post-op from left rotator cuff surgery. This was Oct 22, 2015. The funny thing is my roommate in the hospital was a fireman that had torn both of his quad tendons stepping off an ambulance an hour before I did mine. We were semi-famous at our hospital because of how rare the injury is.” 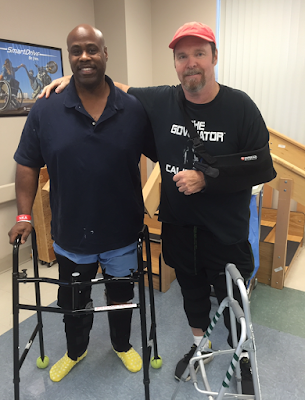 On 2/9/17 another professional bodybuilder has succumbed to the dreaded QTR . Evan Centopani ruptured his quad as many have done before him and that was by slipping on slippery pavement. Read his full story here. 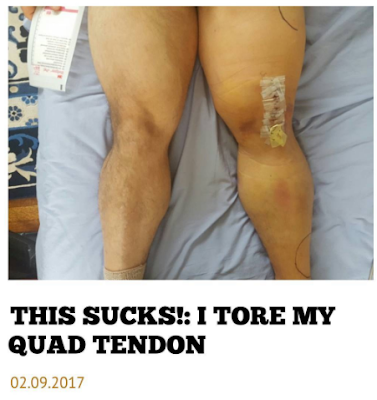 In April 2018 Instagram and YouTube sensation Calum von Moger ruptured his right quadriceps tendon while repelling off of a cliff in Sydney Australia.